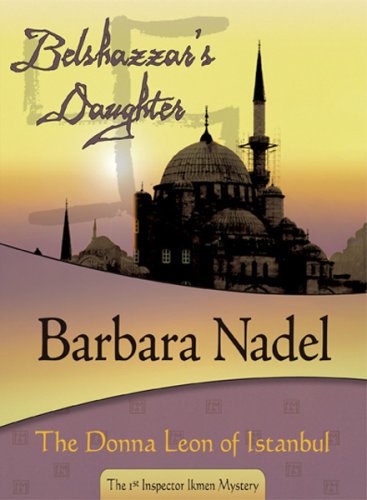 Tourist brochures present Istanbul as a glamorous, modern city, but the brochures don't make much mention of Balat, a decrepit neighborhood of narrow, twisting alleys and crumbling tenements. Until recently it was home to Leonid Meyer, a reclusive elderly Jew who, like many of his neighbors, came here long ago to escape one of Europe's various bloodbaths. But Meyer's refuge ultimately became his coffin, the carnage crowned with a gigantic swastika. Inspector Ikmen begins tracking down the few people who might have known the old man, including a faded prostitute, a shadowy family of Russian emigrs, a despairing rabbi, and a high-strung young Englishman in the throes of erotic obsession. 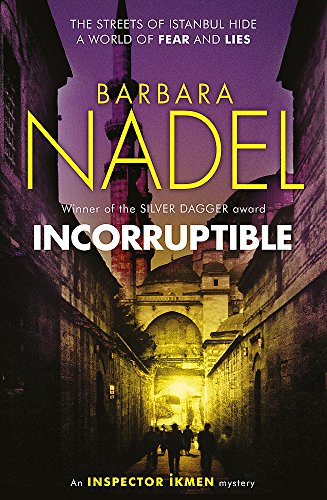 INCORRUPTIBLE is the gripping new Istanbul crime thriller starring Inspector Ikmen, 'the Morse of Istanbul' (Daily Telegraph), from award-winning author Barbara Nadel. Not to be missed by fans of Donna Leon.

In the backstreets of Istanbul, a young woman's body is found. Dumped in a dustbin and covered in cut flowers, she is the victim of a frenzied and vicious stabbing.

Inspector Ikmen discovers that the woman was well known in Istanbul. Newspapers had been calling her the blessed woman; cured of cancer in a Christian miracle and a proclaimed messenger of the Virgin Mary. These controversial claims had made her fierce enemies in the predominantly Islamic community and she had unwittingly stirred up divisions amongst the Christians of the city. But as Ikmen digs further into the case he uncovers powerful hatred and dark secrets lurking within her family. And to find the truth he must delve into a toxic world of fear, concealment and lies. The question is: was this a killing in the name of faith or does the answer lie somewhere else?

3. On the Bone (Inspector Ikmen) 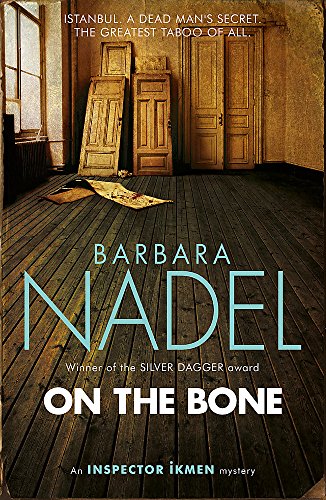 The brand-new Istanbul crime thriller staring Inspector Cetin Ikmen, 'the Morse of Istanbul' (Daily Telegraph), from Barbara Nadel. ON THE BONE is perfect for fans of Donna Leon.

In Istanbul - the golden city on the Bosphorus - ancient myths and modern evils are at work...

On a buzzing street in the fashionable district of Beyoglu, a young man drops dead. mit Kavas's death was natural but the autopsy betrays a shocking truth: his last meal was human flesh.

Under desperate pressure from their superiors, Inspector Cetin Ikmen and his colleague Mehmet Sleyman begin their most obscure investigation yet. How did mit Kavas, apparently a good, liberal man, come to partake in the greatest taboo of all? Did he act alone? And who was his victim?

Soon they find themselves embroiled in a dark web of underground worlds: of Turkey's old secular elite; a community of squatters; and a new gastronomy scene breaking every boundary. But where does the truth lie? 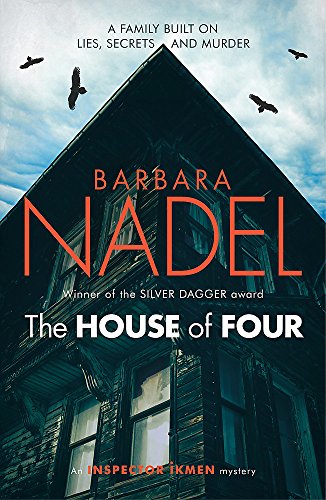 THE HOUSE OF FOUR is the brand new Istanbul crime thriller featuring Inspector Ikmen, 'the Morse of Istanbul' (Daily Telegraph) from Barbara Nadel. Perfect for fans of Donna Leon.

Everyone in the Istanbul neighbourhood of Moda knows the Devil's House. A crumbling Ottoman mansion, and once the home of a princess, it is a place associated with ill fortune.

The princess's four children, now in old age, still live in separate apartments on different floors and are rumoured never to speak to each other. Then one of them is found dead, stabbed through the heart, and it is discovered that the other three siblings have met an identical fate. There is no sign of forced entry or burglary, and all evidence must be gained from letters and diaries, but as Inspector Ikmen digs into their past it becomes clear they have been harbouring a secret...

Meanwhile a young couple are arrested for a series of seemingly random killings on the streets of Istanbul. They claim to have been squatting in the Devil's House. But this fiendish mystery is far from over and it will take Inspector Ikmen to the darkest and most devilish depths of this ancient city.